It’s already April 8th. Where has the time gone. That’s not really a question, more like an observation. It’s gone into cleaning, planning, paperwork and research. That’s all about my RL, not my writing. I’ll get to that in a second.

As for progress on my novel, it’s been slow since the last post. I’ve gotten up to 89,000 thousand words in the new-new draft versus 78,000 in the new-old draft. I’ve finally gotten through the climax, but the tenses and POVs are still not completely correct, nor is the punctuation. The issue is that the the male Dom is talking in the present about his past. I have the past [for the most part] in italics when he is directly relating his experiences “as told to” his present-day female sub. The problem is this: If he is speaking, in the present, about the past, is it a direct quotation, such as ” “. Or, is it quote within a quote, such as ” ‘ ‘ “? And what quotation to use when he’s relating something that someone else said in the past within that dialogue with himself in the past but speaking to her in the present?

The next part is where I have to chop – not prune – the prose. It’s too detailed as it includes the entire written DD contract between them in the present. It would be fine as an addendum, but it simply bogs down the story too much. Not to mention those chapters run about 20,000 words. I’ll keep some, but portray it as conversation and action rather than a flow chart with Roman numerals and bullet points.

I was at the Naples Botanical Gardens recently. If and when travel starts back up again, and you happen to visit SW Florida, the Gardens are a must see. I was down there finishing up the paperwork on my new place. I’m going to be moving some stuff soon, but I won’t permanently move until June. In the meantime I’m working around my house getting it prepped for sale. I also paid off the mortgage so it will be easier to sell. I hope to get about 150K, that’s the average in my neighborhood over the past year. I’m now debt free and I plan to stay that way. Once I move I may go back to work part-time… but I also want to focus on my creative writing and photography to see if I can generate steady income that way.

Purchase The Case of the Disciplined Valentine. Click picture to go to Amazon.

The Case of the Disciplined Valentine

It is 1854 in steampunk London, and Sir Nachton MacRath is warily returning to his home isle after decades abroad. He has good reasons to steer clear of the Royal Family, but is immediately snared by the Queen herself, who anoints him, Her Chastiser of Loose Morals, complete with elevation to the upper reaches of the aristocracy. Rather than a quiet existence as a vampire, he is now a Peer uneasily rubbing shoulders with the most powerful men in the Empire.

Phoebe Hayward is a lady of good breeding, but like all her contemporaries, longs for some excitement and romance. Valentine’s Day is only weeks away, when their paths cross with a bump. Despite later discovering the man ordered to discipline her is actually a vampire, she can’t help falling in love. The more encounters with Sir MacRath she has, the more her body yearns to know what it is to submit to his vampiric touch. When he reluctantly agrees to be her Valentine, thus begins a Domination and discipline the likes of which she’s never dreamed.

MacRath doesn’t feel he deserves Phoebe’s love, and attempts to push her away by taking her deeper into sexual submission. She surprises him — and herself — by eagerly submitting to his every desire. Together, they explore the sensual heights that a woman and a man — a vampire — can reach. But politics and conflict are never far away, and the Valentine’s Day deadline comes all too soon.

Note: The original version of this book was included in the Lust in Lace paranormal romance anthology.

Purchase: The Spanking Misadventures of Stephanie

Purchase The Spanking Misadventures of Stephanie on Kindle. Click picture to go to Amazon.

Pity poor Stephanie: twenty-five years old and still spanked daily. She was intelligent, a college graduate with honors, articulate, a fashionista with a good job and an all-round delightful person with never a cross word and always a genuine smile for everyone. It was to her misfortune that she also exuded an innocent sensual charm, leading both men and women to have one uppermost thought in their minds: spanking Stephanie’s spectacular and epic rounded bottom. It was not her fault; genetics had blessed her with both the ideal rear end and a delightful bewildered submissiveness. It simply never occurred to her to challenge her discipline. If someone needed to spank her, well, obviously she was guilty of some offense and thus deserved to be spanked.
When Stephanie crashes (quite literally) into the life of Ross, high flying exec in the fashion world and eligible bachelor, she is stupefied he wants her as his. Under Ross’ tutelage, as Brat to his Sir, she learns that she can be spanked for more than just being naughty! And Ross — he discovers there’s much more to Stephanie than just her submissive need to be disciplined, as he falls more and more in love.
A brilliantly funny, light-hearted, spanking erotic romance novella by Byron Cane, with memorable characters and a beautiful love story interwoven into the sexiness, lending a contemporary twist to the princess fairy tale.

Available for your ereader or as an audio book.

In Byron Cane’s, The Witch of Olympus Hollow, it’s 1952, and Gale Johnson is outraged when her parents send her packing to a tiny town in Appalachia to visit the mysterious great aunt she has never met. In the foothills of North Carolina, Gale will discover a wondrous birthright. A lifetime of discipline and sexual satisfaction awaits, but her destiny comes at a cost.

Available for your ereader or as an audio book.

In Byron Cane’s Sir MacRath Thrashes his Valentine, MacRath is a centuries-old vampire returning home after decades of absence. It is 1854 in steampunk London, and Her Majesty has appointed MacRath Her Chastiser of Loose Morals. Phoebe Hayward is a lady of good breeding, but quite a handful. Despite discovering the man ordered to discipline her is actually a vampire, she can’t help falling in love. MacRath will ensure she is well punished and dominated in all ways as befits his naughty Valentine.

A Proud Member Of... 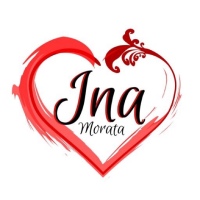 Read my ramblings about my writing

Dare to challenge yourself...

[No cats were harmed in the making of this blog. They all love to be spanked.] Exploring the psychology 'behind' spanking through fiction and poetry. Because, nothing says 'I love you' better than a red, sore, bare bottom. Comments welcome and discussion encouraged. I believe spanking between consenting adults leads to closer and more intimate relationships. Spanking is not a kink, not a fetish, not a lifestyle, but rather, a healthy and honest means of communication. Let your mind free and respect will follow. Contact me lurvspanking@gmail.com